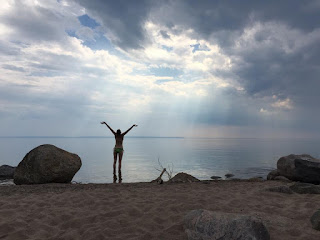 After relocating, twice, and replacing all the material items I had lost, I began to rebuild myself. This is no easy task, or quick for that matter - in fact it is a work in progress, and likely always will be to some extent.
Rejection stings like a mother fucker.
Some kinds of rejection, shake us to the foundation we had so confidently reinforced. Causing the building above to collapse.
What did I learn?
Man, tons of tough truths. Personal ones. Ones that I wont share here, but here are some that I will:
You are not defined by other peoples opinions, or approval. What someone else thinks of you, says more about them than it does you. This isn’t some cliche excuse to make you feel better  -  it is legit the truth.

It brings me to an amazing quote I came across a while back, by Rupi Kuar “If someone does not want me, it is not the end. But if I do not want me, the world is nothing but endings.”
Sit on that for a few minutes. The blatant and simple truth in those two lines, floored me.
Stop com…
1 comment
Read more

Reflections on a generation, and a music icon gone to soon. 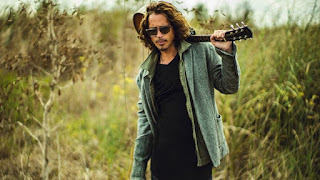 "Stuttering, cold and dampSteal the warm wind tired friend.Times are gone for honest men,And sometimes far too long for snakes.
In my shoes, a walking sleepAnd my youth I pray to keepHeaven sent hell awayNo one sings like you anymore.."

Since waking up last Thursday morning to the heartbreaking news of Chris Cornell's passing, my head has been spinning trying to comprehend it. That is to say, that it's not like we haven't lost musicians before, or loved ones, or friends to suicide - and granted yes, often suicide is completely unexpected - but Chris.. Man he had made it. He made it when everyone else from the grunge era were over dosing at 27, he was a father to three children, a talented singer/song writer with a 4 octave voice - a fucking absolute rarity.
He had just reunited with Soundgarden, and talks of a new album were in the works. I mean sure, we can all converse about the 'what ifs' and the 'how comes' and put together mental lists of all th…
Post a Comment
Read more

Self Love: Comparison is a Thief 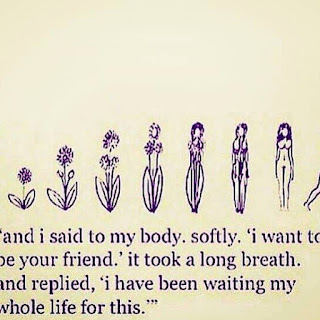 I think the biggest transformation anyone can make for themselves; is acceptance of who they are. Not who they're not, who they think they should be, who their partner or employer or family want them to be. Just be you.
It's that simple, and that cliche. However it's a massive struggle for a lot of people. All it takes is one damaging situation or comment to completely ninja mind fuck you.
Suddenly you're questioning everything, comparing yourself to others. Weighing your value as a person based on these comparisons.
It's all bullshit.
Comparison steals from beautiful moments.
Everyone is different. There is no right or wrong way.
One persons beauty or success - is not the absence of your own!
You are perfect and whole, and complete as you are. Right in this moment.
You are everything. 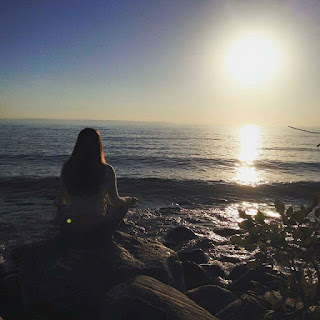 Meditation may seem daunting to some. How can you sit still with your eyes closed when there's so much to do?! It's simple, that's not to say it's easy, but with some basic things to remember during your meditation, and with consistency you will find it gets easier and easier.
Meditation is generally done in a comfortable seated position. Sukasana or "easy pose" is legs crossed, arms loose and hands palm down, resting on your knees. Try to keep your back straight.
Breathe.
If it helps to count each individual breath, do so. I prefer to count the length of my inhalation and exhalation. This is called regulated breathing.
Try to match the length of your inhale to your exhale. It's also incredibly calming.
If the mind wanders, that's ok, come back to your breath, and to your centre.
Side note: in this photo my hands are not palm down, as they are in a yoga #mudra
Post a Comment
Read more 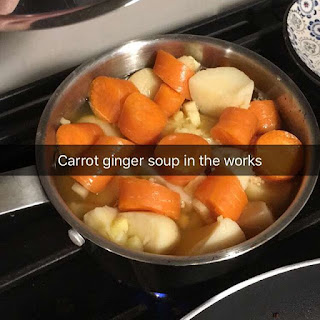 Carrot ginger soup!
Ingredients Needed:White potatoes, carrots, two inches of peeled ginger root, one yellow onion, vegetable broth, garlic, salt and pepper.
Directions: Bring the broth ( 1 cup ), 4 cloves of diced garlic, potatoes, ( 2 large ) carrots ( 2 large ) and yellow onion ( large all the way baby ) to a boil, then simmer until the veggies are soft. Throw into a blender or use a hand held one, and blend ingredients together
. Can top with #cilantro ( I didn't have any - but LOVE it ) enjoy 👌🏼
Post a Comment
Read more

One person's beauty, is not the absence of your own! 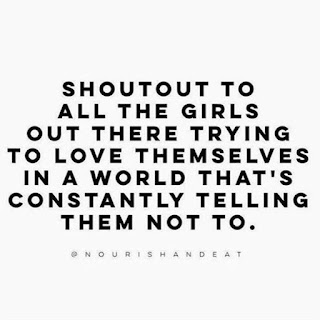 Comparison steals from you, all the perfect, beautiful wonder that you are.
Stop it. Grit your teeth and say these words instead if you have to; "that's nice" "good for you" "I'm happy for you". Breathe it out.
What one person looks like, or possesses or achieves - is not the absence of your own looks, possessions, achievements.
We are just different. Perfectly, fully, completely, different.
Walking our paths, arriving at our own time.
Post a Comment
Read more 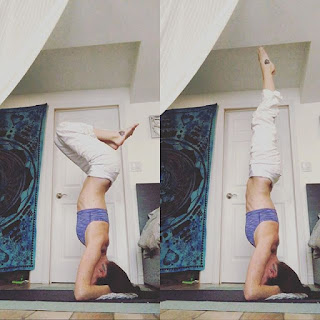 Come into Headstand with your elbows shoulder-width apart. Once you are up, press the little-finger side of your hands, wrists, and forearms straight down into the floor so they support part of your body weight. Place your head so the remainder of your body weight falls on, or a little in front of, the crown (the highest spot on the top of your head when you are standing, in line with the openings of your ears). Lift your shoulder blades toward the ceiling and press them firmly forward into your back. Straighten your knees completely. Bring your heels one inch apart and touch the sides of your big toes together. Press the inner edges of your feet upward.

Whitney
I am a certified RYT 200 Hatha Yoga Instructor. I have additional CE hours in workshops such as: Arm Balances, Prenatal Yoga, Yoga for Anxiety, Yoga for Teens, Meditation and Pranayama, and Yin Yoga. I am a Vegan - going on 11 years, and 5 years Vegetarian prior. I am a fur mama, animal rescuer, free spirit.